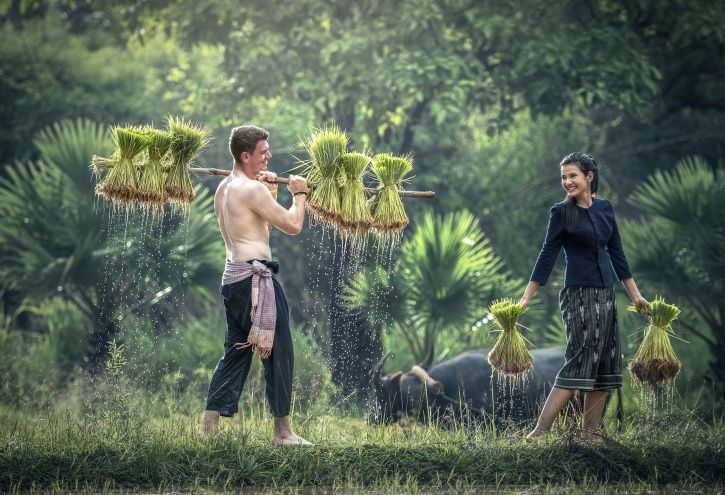 Dating is already hard enough. All the harder for interracial couples! But, most people don’t really realize the ordeal that these couples go through. Are you surprised? Interracial couples have as much, or even more, trouble compared to other couples because, despite the seemingly open-mindedness people have during this era, the couple still has to deal with families, friends and people that view things in a traditional manner – yes, there are still ones who view things in an old-fashioned way.

With that said, if you do have an interracial couple within your family or circle of friends, try to support them as much as you can if you really see that they were meant for each other. You can start here. We’re sure that they’re probably tired of people asking them these 5 questions so try to avoid them as best you can.

Interracial Couples Doesn’t Want You To Ask This Stupid Questions

1. Aren’t you worried about the [insert ethnic group here] being [insert stereotype here]?

This one is probably the most common one on the list. It’s understandable that people have misconceptions about things they don’t really know much of hence this question and the belief that stereotypes they know of are true arise. When you really think of it, there are stereotypes that are true but you won’t really find out unless you get to know the person or the couple.

This is an ignorant question to say the least. To assume that the couple’s children will have it hard is somewhat racist and prejudice. Like what we said earlier, we are in an era where people have a degree of open-mindedness so it’s misinformed to say that the children will grow up receiving strange looks from people and so on. Get the times, please!

3. I wonder how yours and his/her family is taking it? How bad is it?

Why does it matter? A person is a person no matter what the color, the size, the height and so on, right? No matter what a person’s preference is, it is none of your business. You may find it interesting to know but, hey dude, it’s offensive and you’ll just end up sounding ignorant.

5. Why not date someone from your own race?

This is another question you have no business asking. Again, the preference of another person is none of your business. What’s it you anyways, right? What if we reverse the tables and someone called you out on your dating preferences? That would be downright rude.

Keep the Questions to Yourself

It’s sometimes very tempting to ask a question like this or two because it’s interesting to know but if it offends the couple, it’s not really worth it. To keep the good vibes going, just keep an open mind and drop the misconceptions that you have at the back of your head.