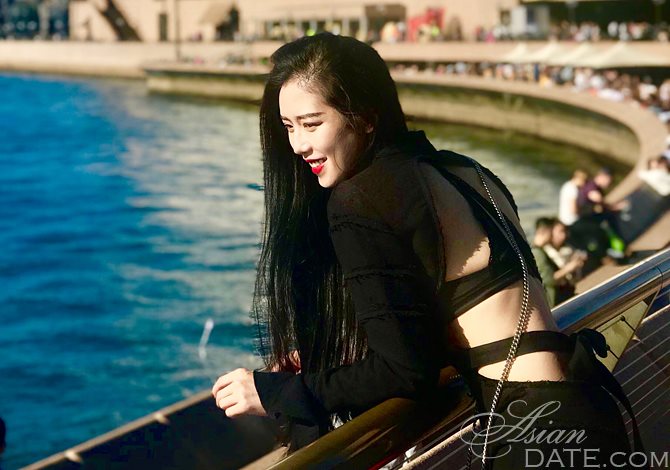 If there was a chance for you to meet beautiful Asian ladies in the United States, would you take it? Every year, more and more Asians are moving to the U.S. to have better opportunities and for a change of environment. Whatever the reason is, this means that you’ll be able to meet more Asian ladies without much hassle.

What Will Be Their Next Adventure After Moving To The United States?

Moving to the United States is exciting for the ladies that we have on this week’s list. If you’re wondering why they’re migrating, you might want to ask them yourself:

Quanping is not playing around. When you first meet her, you will see that she will seem like the serious type – a little bit silent and reserved. However, when you get to know her, you’ll see that she is quite playful and open-minded. She wants to move because she wants to enroll herself in new medical programs to learn. She’s a doctor, by the way.

Yun is a very interesting young lady. She wants to move to the U.S. because she wants to study investment. There are already plenty of courses in her country, but she says that she has to learn from the best. While she is in the United States, she plans to explore new cooking styles and new dishes.

Zhiting is very determined. Because of her business, she has been to different countries and cities. She wants to expand her business which is why a move to the States would be good, in her opinion. Do you think that you’ll be able to help her out with this?

Jingjing is a keeper. She describes herself as loving and affectionate. Just like most of the women on this list, she has been all over the world, but she’s moving to the United States because it’s where she wants to permanently settle down.

Lastly, we have Jiaqi who wants to meet someone who can take care of her. She has been dating offline, in her own country, but she hasn’t had much luck. All she got was a broken heart. To start fresh, she is moving to the U.S. and is trying her luck with dating online.

They will be moving pretty soon so it would be nice to establish a connection or a friendship before this. If you’d like to send a message, you can do so by clicking on a lady’s name to visit her dating profile. For more lists similar to this and for more updates, read other posts on the blog.